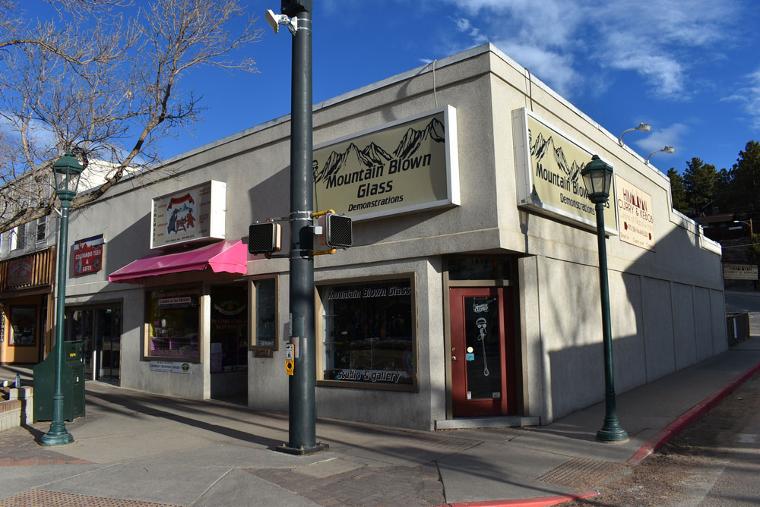 The modern look of this building is two buildings combined into one frontage. Originally, the Estes Park Bank stood alone and was of brick construction at the corner of Elkhorn and Big Horn, with a door that opened at a 45 degree angle to the sidewalk of both streets. The bank opened on June 16, 1908 with F.O. Stanley (Stanley Hotel) as president, to serve locals and the increasing  number of travelers. A Michigan banker named Sydney Sherman was the first cashier, followed by A.D. Lewis (who would soon build the Lewiston Hotel). Charles Hix started as a cashier in 1911, ran the bank alone after World War I, and was elected the 5th president of the bank. The Hix family would retain an interest in this bank for decades, and owned many properties over the years. They eventually moved the banking operation to the 'modern' building on East Elkhorn that is now the US Bank. Big Horn Drive was called "Bank Hill" by locals and for many, still is to this day. The clock/sign projecting from the wall in the 1954 image is on display today behind Fall River Antiques on East Elkhorn. It's current home is across the street from US Bank, where it chimed on the hour for 35 years after moving from the West Elkhorn location.

Brodies Market, remembered by many at its East Elkhorn location (currently Poppys Restaurant) was originally located on West Elkhorn as shown in the image below.