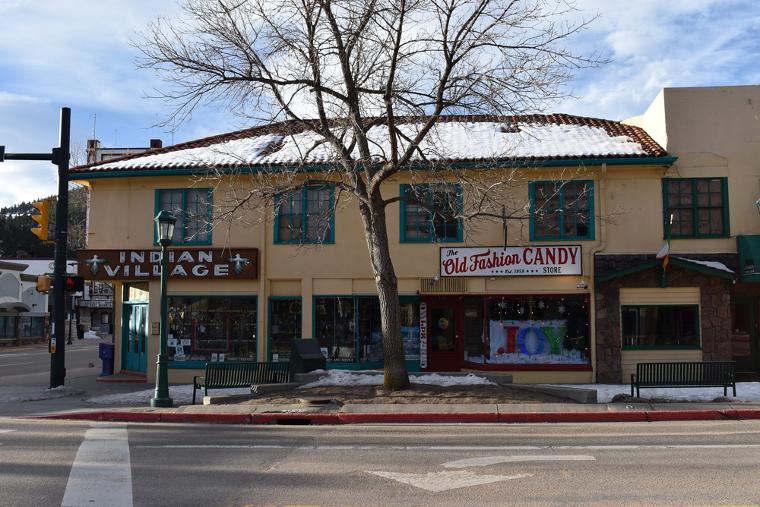 The Manford House opened it's doors to accommodate up to fifty guests for the summer season in June 1908, with "ample porches" and "commanding views of the mountains" from the newly constructedcentral location. The hotel would soon be purchased by Josephine Hupp to eliminate the competition with her "Hupp Hotel" diagonally across the intersection, and she renamed the Manford House the Hupp Annex and thus operated 3 hotels within 1000 feet of each other (also the Sherwood Hotel formerly at 119 West Elkhorn).

Originally this building was not connected to the building at 110 W Elkhorn, and a small cabin sat on the West portion of this site, about where Lonigans (110) is now.

On Feb 11, 1922 a fire partially destroyed the building, it was the first recorded fire in the towns history.

Through growth and additions the buildings grew together about when the Mountaineer Gift shop transformed into the "Indian Grill" in 1942 with seating for 150 people that would connect 100 and 110.

In the late 1940s Charlotte and Charlie Miller opened the now iconic Indian Village on the corner of West Elkhorn and Moraine Ave.

Charlotte and Charlie Millers daughter still operates Indian Village. The sign is a classic, and the blue neon was restored to its original glory in about 2015 and is operated nightly.