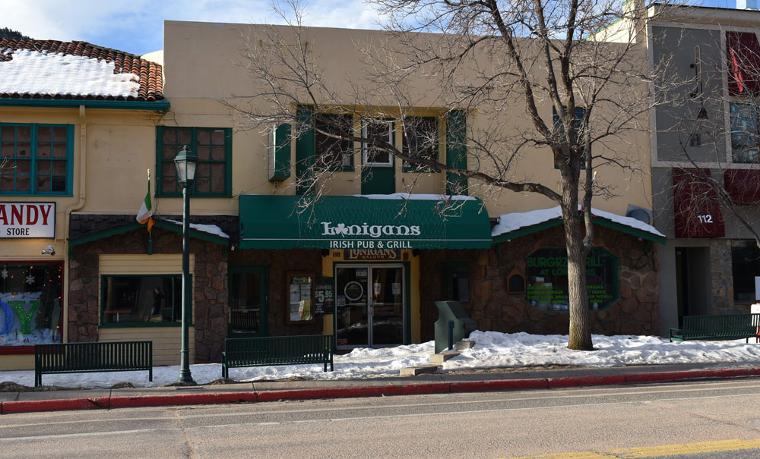 This building was most famous with proprietor Jesse H Jay and his club "Chez Jay", and the "Jay Hotel" situated to the left/East at 100 W Elkhorn- both properties were collectively known as "The Jay Building". The second floor doorway and porch was once quite prominent with roman columns that were a big part of the imposing second floor facade (see picture below).

Early tenants between 100 and 110 W Elkhorn included the Mountaineer Shop offering cabin decor, and the Skelgas/Electric Shop. In July 1939 it was opening night for Chez Jay- "The most beautiful nightclub West of Chicago". The Shangri La room featured 1,000 feet of brilliant neon inside the building, installed by a neon company out of Topeka Kansas. The neon lighting allowed the club to change the color of the illumination to match the mood of the music "from rose to a daylight white". It was noted in the newspaper that it was one of "a few in the country" where neon is used inside the building. They also reported that a Lyman Byxbe drawing was illuminated properly by the daylight white neon.