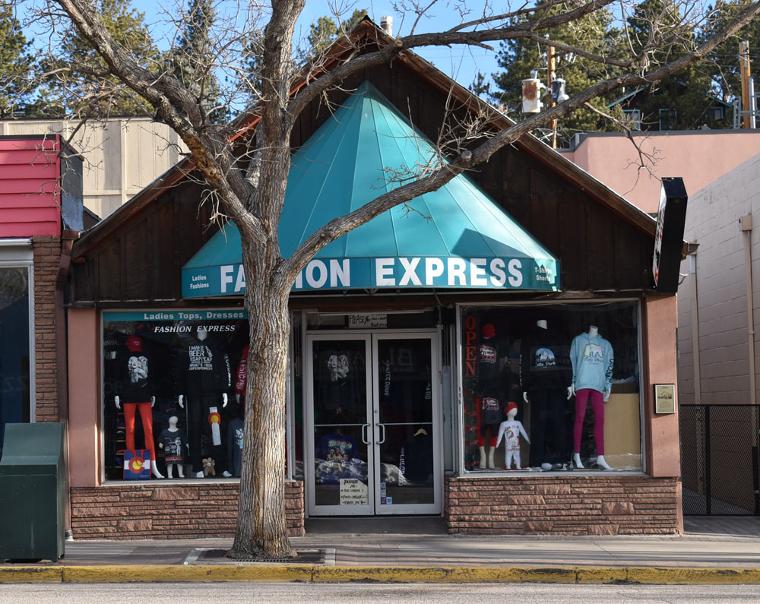 Built in 1886, this building was the first dedicated school house in Estes Park and was originally located in the middle of the intersection, to your right, where Big Horn Drive now goes to the North just East of 101 W Elkhorn. It was used for school and church services, with Rev E.J. Lamb at the pulpit. Built in 1886 with money from a tax that the community approved for a school. Moved to the current location in 1908 and then operated by Fred Payne (F.P.) Clatworthy as his art studio. An important part of Clatworthy's operation was the building to the North, down the tight alley and behind 115, now called the "Sandwich Mafia" at 100 Cleave St. This was Clatworthys dark room and storage building. Originally windowless and fireproof.

As the years passed, it was a theater, dance hall, the Odd Fellows Hall and Mr Clatworthy's "Ye Little Shop". In 1949 Clatworthy opened his new studio at a location on East Riverside, just East of the base of the aerial tramway, off of Cyteworth- after having sold his 2 buildings on West Elkhorn a couple years earlier.

The Frumess family operated the "Pioneer Gift Shop" in this building since 1947, and in the last 2 decades it has been a retail store of several names.