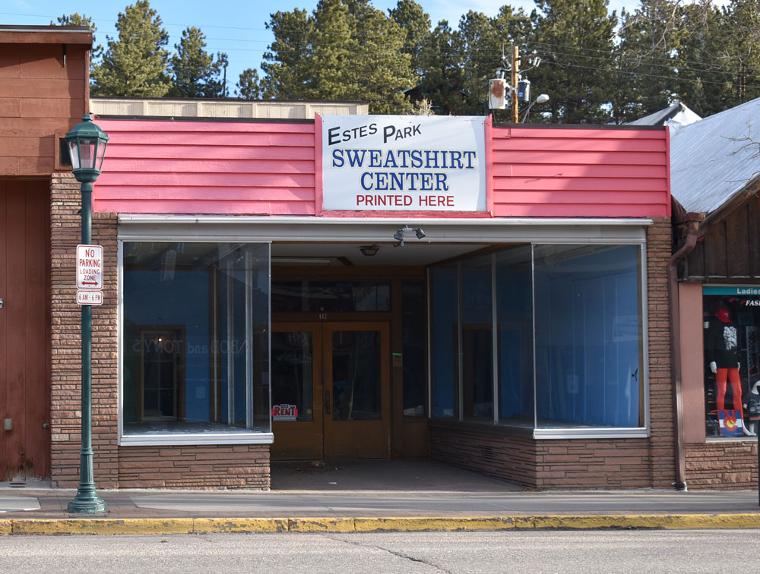 Purchased by James "Jimmy" Haber from Andy Jones in 1950 with plans to build a 3 story linen shop, which never materialized. Haber owned a linen shop on East Elkhorn called "Havers Linen Shop", a name attributed by his family to a signmakers error that Haber kept using. His name is often misspelled Haver even in newspaper articles, when it is actually Haber.

After purchasing it, Haber operated the "Outlet Linen Shop" here until the building burned down in 1956 when the Sherwood Hotel next door to the West (119) caught fire after oily rags spontaneously ignited and destroyed both buildings.

Both buildings were rebuilt at the same time with one building project started in the back and the other started in the front. Due to a "slight miscalculation", when the walls met in about the center of the project there was an adjustment made that is visible inside as an 8" shift- a mystery corner in the middle of the wall. (walk inside the Ore Cart at 119 to see this corner-in-the-middle-of-the-wall-oopsie).

Upon being rebuilt in 1957, Haber operated Haver Oriental Rug Shop in this space through at least 1961.

Walk into the exterior entryway to see the ceiling area where muddy waters splattered during the 1982 Lawn Lake flood which buried downtown Estes Park in debris & mud and caused widespread damage. It would be cleaned up a matter of days in order to preserve some of the summer season by hard working citizens.