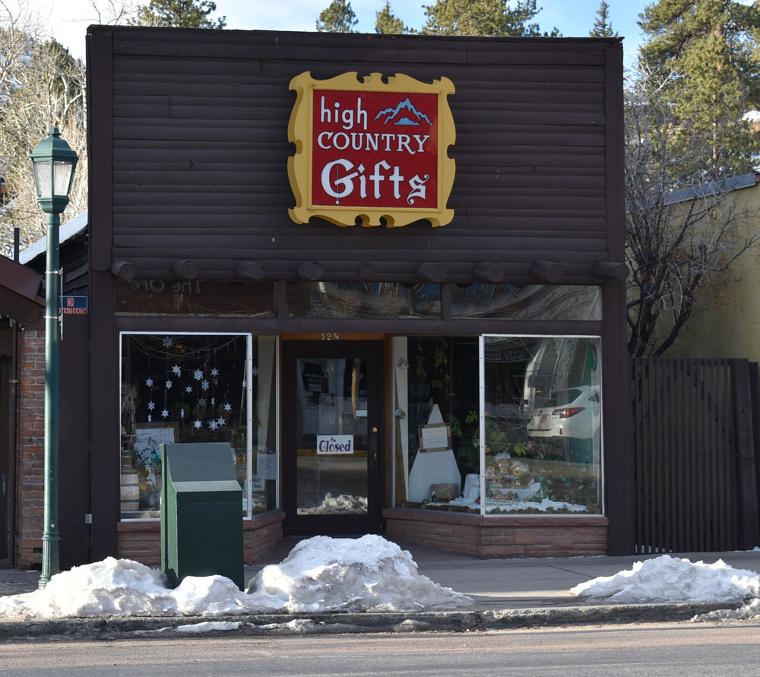 Word has it that on one night that the town ladies gathered for a social hour in the back of the confectionary and one of the teachers in attendance was fired from her position at the school after the group was busted for gambling at their 'ladies social'. We're still working on confirming this neighborhood legend, but it might have just been 'playing cards'.

The saddle shop that was originally located in the building which fronts Elkhorn Ave was moved to a smaller building in the back of the lot to make way for the sweet shop, run by Mrs Church.

Church's Confectionary included a soda fountain near the front of the store, the back bar is still in place on the right side as you enter the front door. Complete with stained glass lamps and a marble counter, the mirror is cracked at the lower right side. According to the building owner, youth groups used to use this place in the winter and on one occasion a candle was allowed to get too close to the glass mirror and cracked it. Fortunately the poorly located candle didn't take the rest of the place with it.

During at least one winter many years ago, two notable local artists spent the winter living in this building, as evidenced by the phthalo green walls left behind in the rear of the space- another story we're working on verifying before dropping any names....