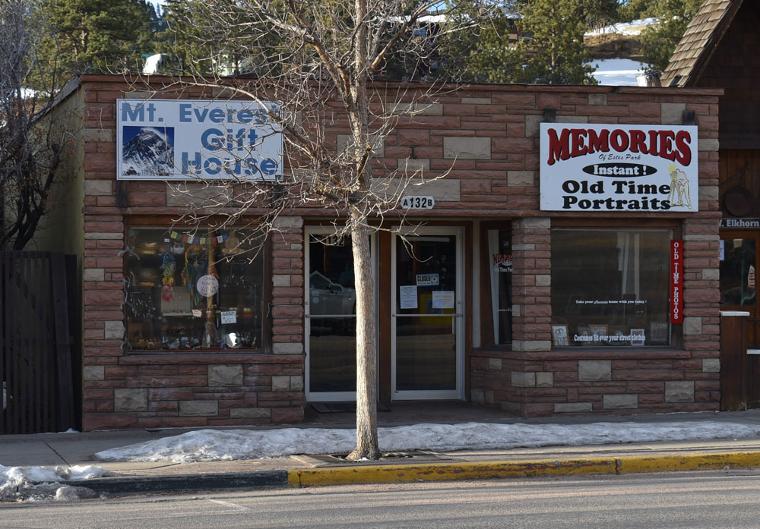 In 1935, Charlotte and Charlie Miller began Miller Curio across the street from where Charlottes father, Ben Frumess, would open the Pioneer Gift Shop at 115 W Elkhorn in 1948. In 1937 they moved Miller Curio Co into this building, which was razed and rebuilt in its current form by local builder Henry Dannels starting in late 1951. The new building was heralded by the newspaper to be of "fireproof" construction...

In 1958, 2 years after a catastrophic fire gutted the Sherwood Hotel at 119 W Elkhorn, an early morning fire struck the Miller Curio Co store and destroyed much of their new stock- but didn't burn down the building (lets hear it for "modern fireproof construction"). They opened for tourist season in mid June anyways. The Millers would soon close the Miller Curio Co and focus on their other store, Indian Village, at 100 W Elkhorn. In 1961, Charlie Miller passed away while traveling in Italy. His family would continue to operate the businesses, and his daughter still Toni handles day to day operations to this day.