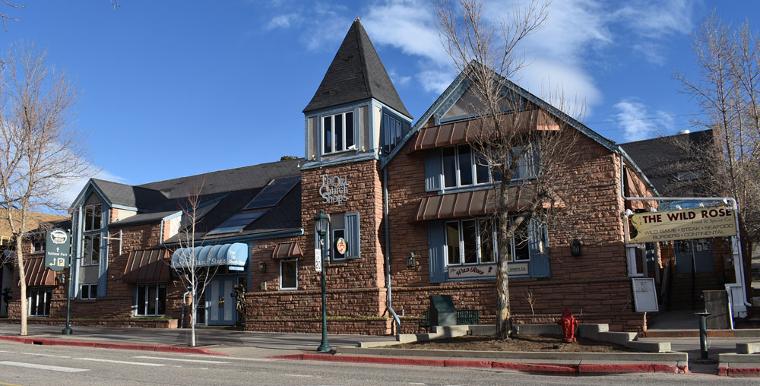 The building now known as "The Old Church Shops" was built in 1907. It was the portion with the steeple on the NE corner facing Elkhorn Ave. It was called the Community Church of the Rockies and was built by the parishioners. 75 years later during renovation engineers were amused amazed and intrigued by some of the structures created in those days but they mostly left them alone because they worked.

By 1929 the congregation had outgrown the tiny space and the SE portion was added. That was also probably built by the parishioners and currently holds the coffee shop, restaurant and some dining space.

In 1954 the whole western section was added for classroom and community gathering rooms. The builder was Henry Dannels, father of a recent mayor, and grandfather to an artist still living in Estes Park.

In 1981 the building was sold to Peter and Maureen Marsh and opened May of 1982 as a boutique shopping mall. Here you can find services when visiting West Elkhorn Avenue including dining, coffee shop, ATM restrooms, and an AED (Automatic Defibrillator) for cardiac emergencies. Over the years it has been a 'nursery' for many of the shops on West Elkhorn, having gotten their start under the wings of The Old Church Shops. (Information courtesy Old Church Shops)

Current use
The Old Church Shops