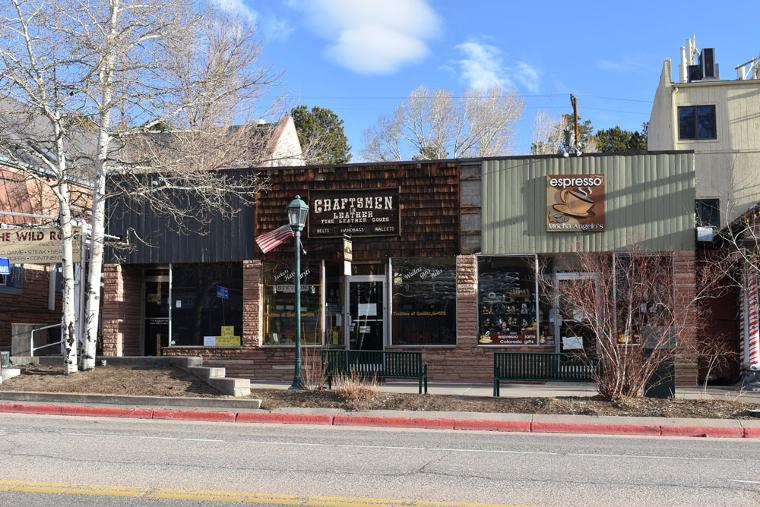 Clifford and Reed Higby started the National Park Outfitting Co & Taxidermy Museum in this building, and then was operated by their mother, Nina W Higby, who shared tenancy with other businesses including RL Brown's dry cleaners and Estes Park Shoe Repair. She sold the property to her cousins in 1945, Mr & Mrs Harry Copeland, which included 3 storefronts and a 3 bedroom cottage in the back.

The outfitting business was sold in 1945 to David Lennox Jr, who renamed it "The Mountaineer Shop"** and operated it until he sold it to Andy Jones in 1950. At that time Andy Jones also purchased the property. In 1956 Jones sold the buildings to James Haber, whos family estate still owns the buildings and lot.

**It should be noted that there was another unrelated "Mountaineer Shop" across Elkhorn Avenue in the Jay building that operated from the 1930s-40s. See 100 for more details.