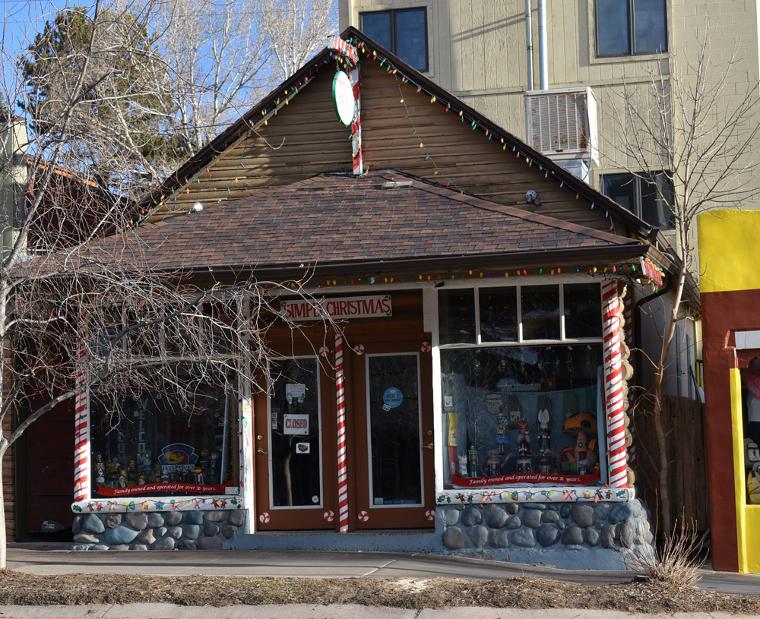 "Little Bobby Church", son of the Log Cabin Cafe managers made the newspaper in May of 1931 for injuries received behind the cafe when a motorcycle fell on him, resulting in "bruising and strain", then made the newspaper again in July the same year when he found some fireworks that had been hidden for the Independence Day celebration, and lit a sky rocket. It went off in his hand causing it to be burned and torn, according to the newspaper article. Fortunately, Dr Henry S Reid cleaned and dressed the injury, which although painful, was not serious. Sounds like the Log Cabin Cafe was a wild place to spend a summer in the early days...

The overhanging roof today feels the same as when the building was built over a hundred years ago in 1902. In the 20s the front was enclosed to allow more patron seating, and then the additional overhang appears to have been added to this roof after that. Some years ago the Town demanded the overhang be removed until an engineer inspected it and said that the building would fall down before this roof did. It is appreciated by many visitors during sudden summer downpours.