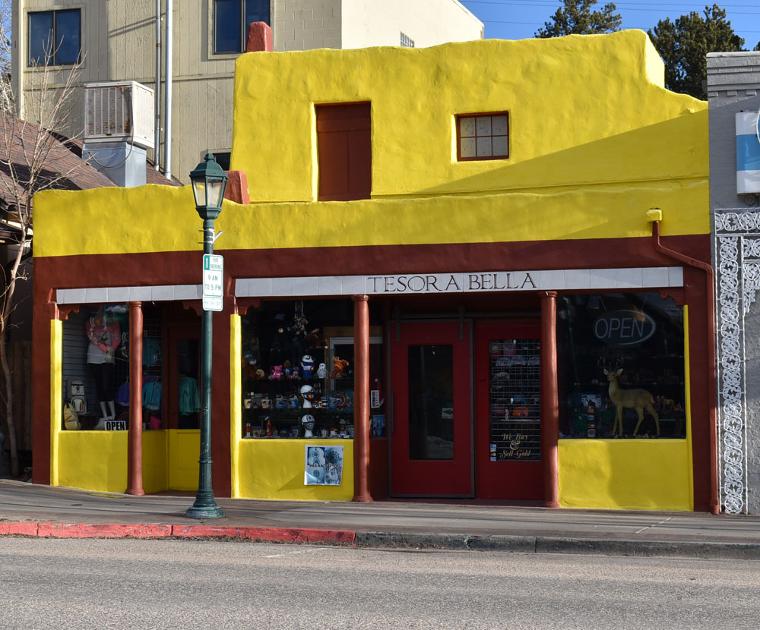 In the early days, this was a meat market, then "Rineharts Market". Later remodeled to resemble a southwestern building and known as the "Pueblo Building".

In 1929 the Chamber of Commerce moved their secretary into the Pueblo Building for a rental contract of $350.

In 1930, building owner L.E. Grace rented the West most room to Frank Cheley of Cheley Camps as a downtown office to meet with young people when they are in town. Cheleys office was equipped with a moving picture projector to show those interested, activities at the camp, located South of town.

1934-1956 The Taffy Shop started here, operating in the right side of the building, with the taffy puller in the window, and the counter oriented perpendicular to the street. R. Lowell Slack, prop

The far West/left side of the building was a separate unit, rented at one time to an insurance agency and later to Carl's Shoe Shine and Denver Post office. Carl would pick up papers in Longmont for his delivery boys to toss each day at customers homes, and then he would shine shoes as the day went on.

The "Tesora Bella" letters painted on the tile above the doorway is a remnant of a prior long term tenant who retired in 2020. He opted for the bright yellow exterior paint job in 2019, then retired the next year.